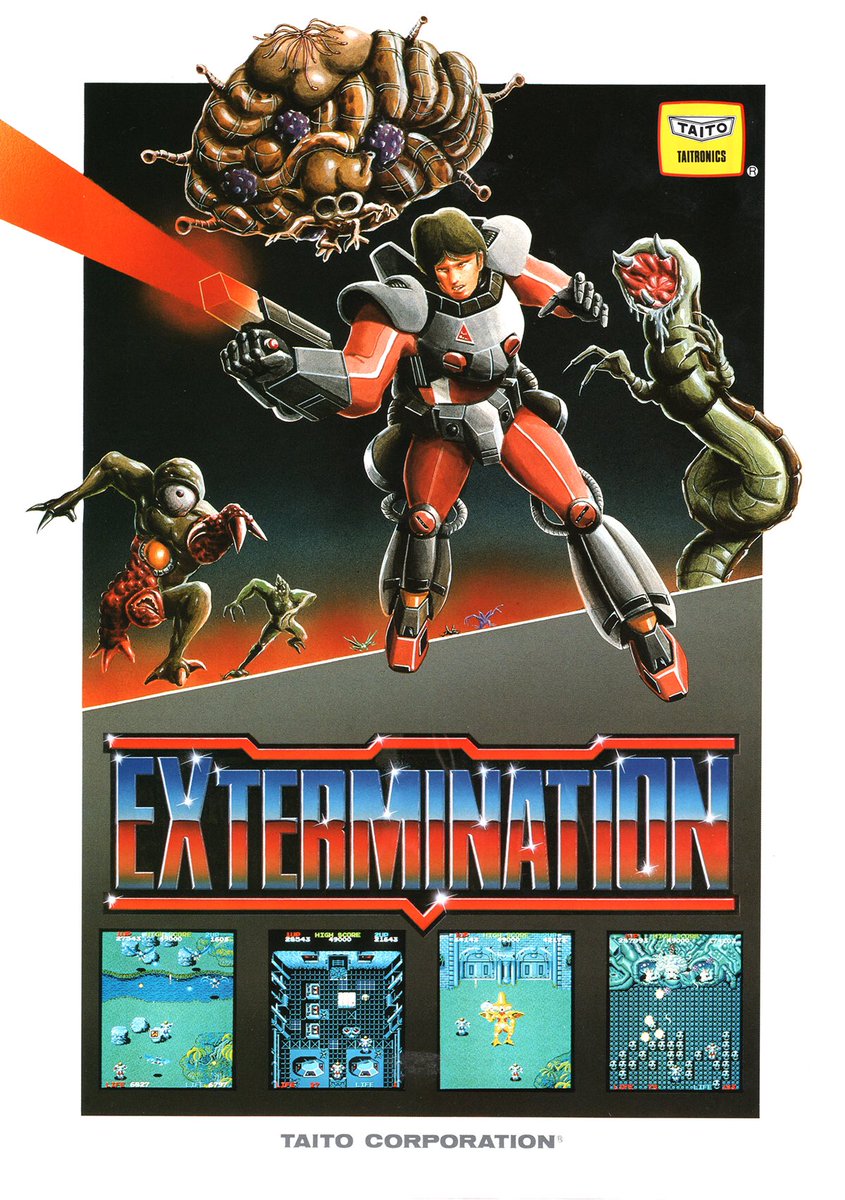 Back in 1987 my school bus would drop me off to school very early in the morning, so early that the gates would still be shut. Nearby there was a small coffee shop where I would go to wait with my peers until it was time to walk into the schoolyard.

In the coffee shop there was a pool table and a wooden arcade machine, with 13 year old kids waiting in line for their turn to play. I had never seen a video game before, it looked incredible. I was mesmerised by the fast frantic on screen action, the loud music and what looked like incredible difficulty. The game was Extermination, a vertical shmup by Taito released that very same year. It was my very dip in video games, a game I would never forget.

Roll on to December 2020. A friend of mine told me he was visiting an local business which used to run arcade distribution locally, they had a warehouse full of old arcade cabinets, monitors and PCBs and he was going to pay them a visit to see if there was anything worth buying. “Do you need anything, he asked me?” – At first I was going to say no, but then I remembered… “This would be a wild call, but if they have an arcade board called Extermination, grab it for me”. They had, and he did.

At this point the option was to either keep the board to myself, get myself a JAMMA supergun setup, play it a few times and hope that the board keeps working for as long as possible, or to donate it to Jotego, so one day it would be immortalised as a core for MiSTer FPGA. Within days it was in Jotego’s hands.

Today is the day. We are very proud to announce that Extermination is available via Update_all for Jotego’s Patreons (until it gets out of beta, at which point it will get a public release). I would like to thank Jotego and all the people in his team who made this possible. Meanwhile I encourage MiSTer FPGA users to support development on the system, wherever it comes from, by monetary donations or by hardware donations.